Getting the Word Out 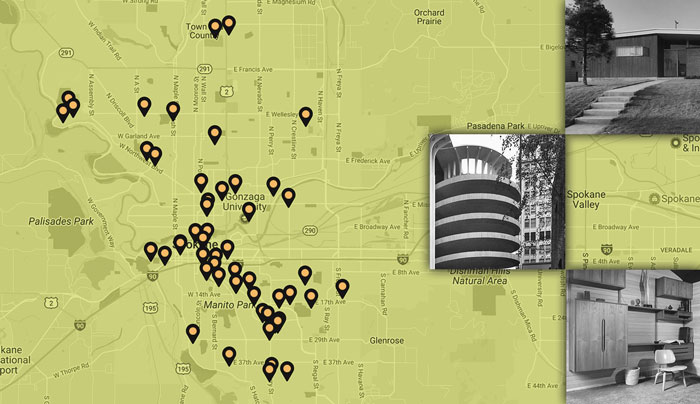 It was only a year ago that helveticka, Painter Preservation, and the City-County of Spokane Historic Preservation Office teamed up to produce a survey and inventory of the city’s Mid-Century Modern architecture. In addition to identifying representative properties that demonstrate important trends in post-war Spokane, we were also charged with creating an informational website, to which was added a project a week throughout 2017. Our team also submitted its findings in a 70-page report to the Washington State Department of Archaeology and Historic Preservation in August; in September, we presented an overview of those findings to the public. And yet one of the more successful components of our approach was a social media strategy we devised in our initial proposal: use the existing Spokane Historic Landmarks Facebook page to promote all 53 projects. Those posts not only contributed to a 37 percent increase in page likes by the end of the year, but also reached nearly 750 different people every day of 2017, easily meeting one of the client's key objectives: education.