A New School for a New Era 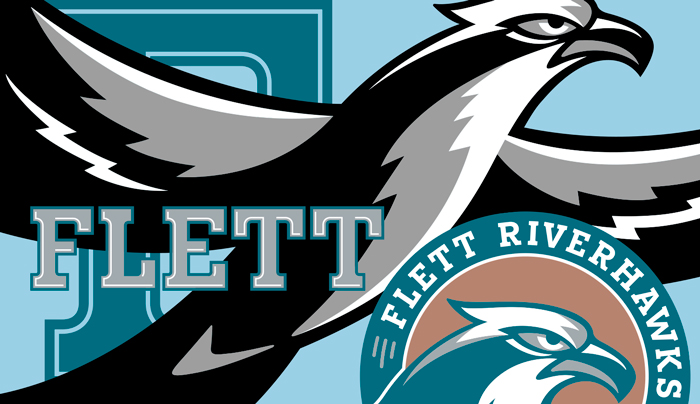 Spokane Public Schools commissioned helveticka to design a series of logos for the new Pauline Flett Middle School that opened this fall to serve students in the northwestern part of the city. We created an identity system based on the school’s Riverhawk mascot and its associated colors, first selecting a distinctive typeface and then developing additional renderings of the mascot. To support a range of applications, the system includes formal, mascot, and athletic logos, as well as guidelines for usage. Named in honor of the Spokane Tribal elder who is credited with saving the Spokane Salish language – and co-creator of the first Spokane-English dictionary – Flett Middle School aims to “create a gathering place where all are seen and empowered to be dreamers, ambitious learners, and involved global citizens.” View all the school’s logos here.