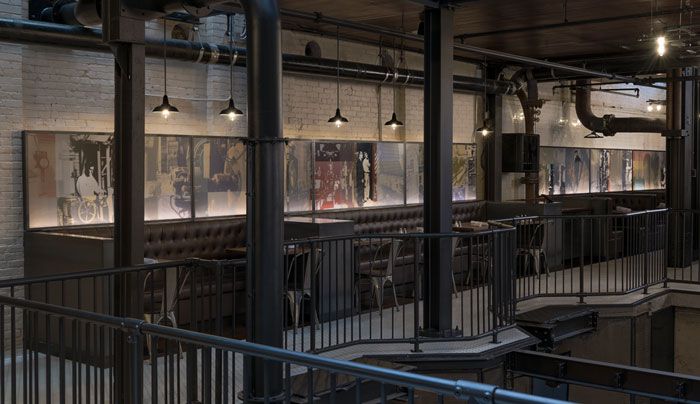 When downtown Spokane’s iconic Steam Plant closed its doors for extensive renovations in 2017, only 16 years had passed since it became the first historic building in Spokane to receive the prestigious National Preservation Honor Award. When the facility reopened in January of this year, however, it was immediately apparent that the new work not only honored those previous efforts, but also revealed even more of the building’s soul. The renovation features interiors by Spokane-based HDG Architecture with complementary graphics by helveticka. Working with HDG and the Steam Plant team – which included owner Avista Corp. – helveticka created environmental graphics to identify individual spaces and remind patrons of the building’s industrial roots. In a refresh of the Steam Plant logo, helveticka employed industrial typefaces and colors that hark back to the building’s 1916 origins; a print ad campaign, also by helveticka, juxtaposed industrial elements from the building’s early days with a sneak peek at the new dining offerings to create a sense of anticipation prior to the grand opening. The reimagined brand not only captures a unique experience, but also helps propel the Steam Plant into its second century of service.